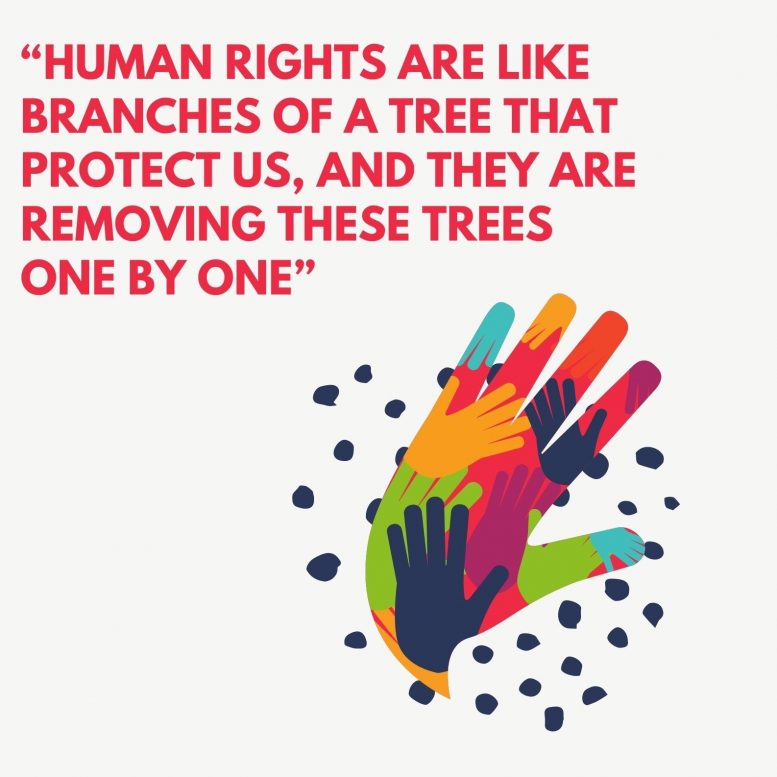 JustCitizens have submitted our written response to the UK government consultation regarding its proposals to replace the Human Rights Act with a Bill of Rights.

Background
Last year, on 14th December 2021, the UK government launched a consultation on its proposals to update the Human Rights Act (HRA) with a ‘Bill of Rights’ without waiting for the report commissioned to the Independent Human Rights Act Review (IHRAR) set up by the previous UK Ministry of Justice. The report recognised that ‘the vast majority of submissions received by IHRAR spoke strongly in support of the Human Right Act. They pointed to its impact in improving public administration for individuals, through developing a human rights culture.’ Nevertheless, as the consultation had already been launched, the areas on which the consultation is focused did not change.

Public bodies, organisations, institutions, groups and the wider public have been asked to provide their views on:

What’s the Human Rights Act and why is this Act fundamental?
We are all born with human rights and these rights live with us and belong to us. They cannot be taken away from us, although some of them can sometimes be limited or restricted.
The Human Rights Act 1998 (HRA) came into force in 2000 and currently works to protect people when their rights are violated. It gives everybody living in the UK the ability to hold the government and public bodies to account if they fail to uphold their human rights.
People working in public services, called public officials, have a legal duty under the Human Rights Act to protect, respect and fulfil your human rights. This duty is important in everyday situations because it means that you can:

Indeed, if human rights are breached, the HRA means that people can take their case to a UK court and ask a judge to enforce them. A judge may also award them with compensation if their rights have been violated.

The Human Rights Act contains 16 rights and incorporates existing rights from the European Convention on Human Rights such as the right to life, the prohibition of discrimination, freedom from torture, and the right to a fair trial.

What we say
JustCitizens met online to respond to this consultation. We chose to only answer questions 8, 24, 25, 27 and 29. We spoke about our concerns that this new Bill would create new barriers for people trying to protect their rights, who already struggle to do so.

“Human rights are like branches of a tree that protect us and they are removing these trees one by one and there is nothing left for us.”

We think that this proposal – together with Nationality & Borders Bill, and the Police, Crime, Sentencing and Courts Bill, is a “terrifying attempt” by the UK government to divide people and communities by creating two types of citizens: deserving and undeserving citizens.

We struggle to understand the language used in these questions and we believe that choosing to use difficult and inaccessible language was intentional, in order to create confusion and direct answers towards a “specific view.”

Question 8, for example, implies that only cases that bring significant disadvantages to certain people can be heard, without clarifying what a significant advantage is. Consequently, in our opinion, this change will create a system where “some people become more worthy than others”.

Question 24 is all about deportation and implies that daily “hundreds of people are being deported” while, on the contrary, we know that deportation only happens to small of people. Additionally, when explaining that deportation can happen by considering public interest the question doesn’t clarify what this means. In reality, it means “taking away human rights from people, putting some human rights above others. This is a clear discrimination against immigrants. It’s against refugees, asylum seekers and migrants above all.”

We believe that this Bill has a disproportionate impact on a group of people over another. For example, if a person is criminalised because they are taking part in a public gathering, then the same person can be a risk of deportation and this “approach is scary, discriminatory and worrying.”

During our meeting we also reflected on Question 25 – about illegal and irregular immigration.
We firmly believe that the “UK government should provide a safe and secure route for immigrants and treat them with respect,” by actively participating together with the international community’ efforts to address irregular migration.

We, at JustCitizens, believe that migration is a natural social process that is not limited to one or few countries and that cannot be stopped by governments or by adopting legislation which cuts freedom of movement.

Question 27 mentioned the words ‘conduct of claimants.’ When we read this question, we felt that this language was “divisive.”
Human Rights are supposed to help and support people in their communities and by changing them, the UK government intentionally challenge the “universality of human rights and creates less worthy recipients of damages in legal claims. The removal of these rights creeps up on us. Who decided and measured the significance of the damage? Who values our conduct and how good is it?”

Lastly, we looked at Question 29 as an open opportunity to underline the impact of this Bill. We believe that this proposal will have a negative impact on our communities. For us, “it’s a dangerous and an evil proposed change to the Human Rights Act and will have huge repercussions on a significant part of the population by dividing between us in two categories: bad and good migrants”.

We have been asking ourselves: “Who decides who is a bad migrant and who is a good migrant? And how? Are we ruled by a government we can really trust?”

What’s missing
We believe that the UK Government has complicated the consultation’s response by using unnecessary jargon and by writing questions in a way which excludes other possible answers.

“Questions are framed in a way that it manages their response by making an assumption. It’s a way to maintain control over the responses.”

We find language patronising and not open to comments or suggestions.
The cases are selective and the approach feels “rhetorical”: the UK government describes human rights as being abused by criminals without saying that victims have also been using the same framework, so they have chosen specific cases in this consultation which support only these views.
People don’t really know what human rights are, and this information (including this consultation) is not as accessible as it should be.

We believe that for a Bill of Rights to work for everyone in the UK:

“People need to think and talk about Human Rights, people need to be educated about it since childhood. Now only charities in Scotland are speaking about it and providing us with guidelines and examples. Why is not the UK Government doing the same?”